Leave it in the ground! 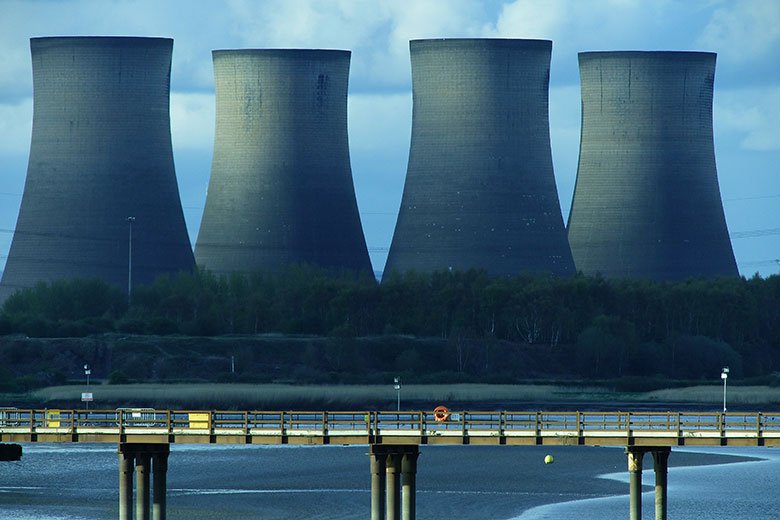 Capital accumulation and economic growth depend on the employment of labour and the productive consumption of natural resources, including minerals, agricultural products and, especially, energy.

There is overwhelming evidence that the consumption of fossil fuels has been releasing CO2 and other gases in such volumes that they are warming the planet increasingly rapidly. Emissions of greenhouse gases change the Earth’s climate in ways that are diffuse, gradual, cumulative and global. This places significant limitations on the scope to limit climate change and mitigate its impact. These challenges expose four sources of stress in the global economy.

First, the overlapping contradictions between (a) the capitalist drive towards unlimited individual accumulation (that is, the boundless capture of profits through production, exchange, speculation and plunder, facilitated by financialisation), (b) the social limits to growth (i.e., the legitimacy and stability of capitalist economic processes, disputes around the nature of production and employment, and conflicting claims on national income), and (c) the limited capacity of the Earth to maintain a stable climate for the continuation of life as we know it. These contradictions are driving existential challenges for humanity today.

Second, the tension between the longstanding recognition of the environmental limits to growth and the palpable inability of governments and intergovernmental institutions to do much about it. More than a quarter-century since the United Nations Framework Convention on Climate Change (UNFCCC) came into force very little has been done, and even less has been achieved. Total CO2 emissions from oil, gas and coal rose almost relentlessly from 20,522 megatons in 1990 to 32,430 in 2015 (declining only in the aftermath of the 2008 global crisis) and, perversely, the share of the dirtiest fuel, coal, rose steadily between 1998 and 2013 (See https://www.iea.org/data-and-statistics). All signs point to catastrophic climate change within a couple of generations, with consequences likely to last for millenia. A small number of advanced economies has managed to reduce CO2 emissions recently, but these outcomes, especially in the USA and the UK, are largely due to deindustrialisation and the relocation of ‘their’ manufacturing capacity (and corresponding CO2 emissions) to the Global South. Tellingly, worldwide emissions continue to rise and, even if the CO2 reductions in ‘star’ performers (especially Cuba, Denmark, Spain and Sweden) could be replicated everywhere, the world would still not reach the cuts needed to achieve the targets set in the Paris agreement.

Third, the contradiction between the accumulated emissions by the leading capitalist economies, on which basis these countries grew in the past, and the rising emissions of the developing countries, that claim the right to development today, that is, with existing technologies, and refuse to allow the rich countries to curb their growth in the name of the environment. The shortcomings in the current attempts to address climate change are revealed by the seemingly trivial fact that ‘[s]witching from SUVs to fuel-efficient passenger cars in the U.S. alone would nearly offset the emissions generated in providing electricity to 1.6 billion more people’ (WDR 2010, p.3). This seems to be a low-hanging fruit awaiting the harvest, until one realises that even these easy fruits could never be picked, for purely political reasons. This does not bode well for the much stronger efforts that must be made to curb emissions significantly.

Fourth, the incongruous structure of the global economy, in which several countries are heavily invested in the production and export of fossil fuels, even though this is incompatible with the stability of the global climate and, therefore, is unsustainable even in the medium term. Nevertheless, some of these oil-dependent economies have few alternative exportables and lack the resources to diversify and build a sustainable future; at the same time, powerful industries have been built on the basis of this energy base for the world, and they are reluctant to contribute to the solution.

The difficulty, then, is not simply that national government are too weak to impose the ‘right’ prices, taxes, charges and subsidies in order to curtail supply and shift demand enough to avoid environmental collapse; it is not even the (closely related) laxity of the existing international treaties. The underlying problem is that capitalism depends upon the consumption of natural resources to support its pursuit of open-ended profitability; consequently, natural resources will always tend be overexploited, the boundary between ‘sustainable’ and ‘unsustainable’ plunder will always remain fuzzy, and nature will always serve as a free sink for carbon and other wastes generated through the production of commodities for profitable sale. The inevitable consequences follow; for example, ‘the coal-fired power plants proposed around the world over the next 25 years are so numerous that their lifetime CO2 emissions would equal those of all coal-burning activities since the beginning of the industrial era’ (WDR 2010, p.11).

Depredation of the Earth

Despite these systemic challenges, the dominant approaches to climate change have generally supported the postponement of meaningful action unless and until it becomes sufficiently profitable for individual capitalists to change their technology and production mix either voluntarily or with minimum regulation. At the same time, powerful lobbies continue to reject the taxes needed to finance the prevention and mitigation of climate change. The inevitable outcome is that the world is squabbling its way towards policies, treaties and laws that will deliver too little, far too late. Inaction in this case is driven by worse motives than those of the proverbial ostrich, that idiotically refuses to see what it dislikes. Global businesses are making money from the depredation of the Earth’s conditions to support life, while expecting even higher profits to reduce the damage that they have already inflicted on the planet. The word ‘blackmail’ comes to mind except that, in economics, it is misnomered ‘profit maximisation’.

In line with the selfish logic of short-termist, financialised profit maximisation, and instead of supporting immediate reductions in the production and consumption of fossil fuels, many businesses, governments, journalists and mainstream economists either deny climate change, or peddle the ideas of geoengineering and carbon sequestration. These ‘alternatives’ bypass the fact that the required technologies are not yet available; even if they were, there would be insufficient time for implementation and, in any case, it would be reckless to tamper with the atmosphere while continuing to pump growing quantities of CO2e into the air. Instead of seeking practical solutions, this approach tries to preserve current lifestyles and aspirations while leaving the oil industry untouched, and it attempts to address climate change through the creation of other profitable activities, in addition to the oil industry itself. The scandal has no end, despite its costs to the natural environment, and to countless life species.

The poor will pay the price

The challenges posited by climate change will weigh more heavily on the poor wherever they live, and on poorer and less diversified economies simply by virtue of their greater vulnerability to any economic disturbance. Similarly, poorer countries are likely to be heavily burdened by the costs of mitigation. These vulnerabilities can be amplified by the global financial system, especially in the case of oil export-dependent economies, where stranded assets are likely to be concentrated. These unavoidable costs raise the issue of international equity. The developing countries have pressed hard to protect their right to development, already enshrined in a myriad of UN resolutions, in the face of the constraints imposed by climate change, and the policies to deal with it. In turn, by virtue of their productive structure oil-exporting countries will inevitably bear a disproportionate share of the burden.

What should we be doing?

The imperative to reduce the global consumption of fossil fuels rapidly and drastically implies that oil-rich countries cannot rely on this resource for their long-term growth strategy, since much of that oil, gas or coal can never be extracted. Moreover, if there is a sudden transition away from fossil fuels the market could collapse, leading to uncontrollable losses by countries and large corporations, and triggering an economic crisis. In other words, oil-rich developing countries must forego a large part of their potential wealth because of a climate crisis that they did not directly create, with potentially adverse implications for their prosperity, government revenues, productivity, employment and consumption.

These resources are potentially significant; for example, the resource rents generated by developing countries in 2012 were many times larger than total aid flows. At the same time, and just like in debates about aid or debt forgiveness, the small countries are really small, and their interests can be protected without directly imperilling global solutions:

We could burn virtually all of the fossil fuel reserves in the developing world [excluding China], and we would still have a 50% chance of keeping global temperature rise below 1.5oC … The total value of these reserves is … thought to be … around $21 trillion … These resources … represent a significant opportunity for improving the lives of some of the world’s poorest people, and they can be exploited without necessarily inducing dangerous levels of climate change (J. Morrissey, Who Should Sell the Last of the Fossil Fuels: Stranded Assets, Equity and Climate Change, https://politicsofpoverty.oxfamamerica.org/2016/05/who-should-sell-the-last-of-the-fossil-fuels-stranded-assets-equity-and-climate-change/).

This opens the possibility of an asymmetric (co-ordinated) reduction in oil extraction, penalising disproportionately the larger and wealthier countries, while protecting smaller and more vulnerable economies. This is certainly a good starting point for international negotiations around the future of the industry. In any scenario, though, the end-point is clear: most known reserves of oil, gas and coal must stay in the ground, no more resources should be sought, and no additional capacity should be installed.