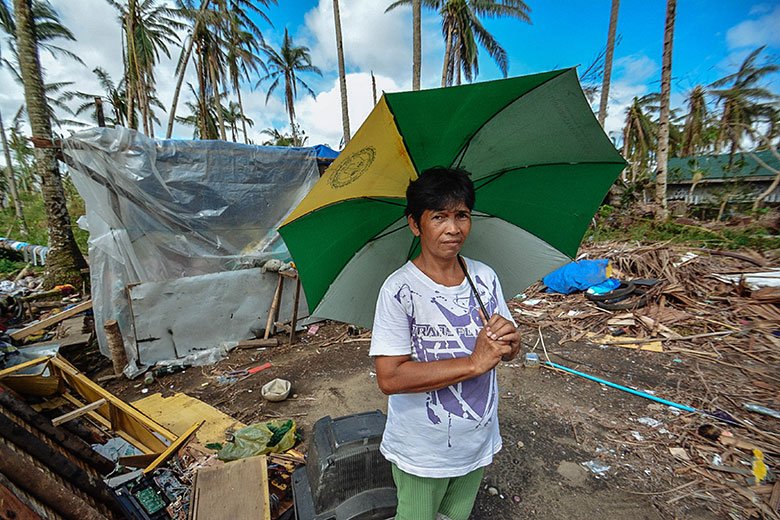 There is overwhelming evidence not only that the Earth’s climate is warming up, but also that global warming is accelerating.

Human emissions of CO2e (CO2 equivalent) gases have already driven world temperatures to rise by one degree celsius from the pre-industrial revolution baseline, and current trends suggest that temperatures could rise by 4-7 degrees in the next 100 years. This would be both unprecedented for human beings and incompatible with life as we know it.

These are not merely matters of concern for the next generation; global warming is already having severe consequences. These climate-induced changes in the conditions of life imply that tens of millions of people in coastal areas and in island nations will be displaced by the rising seas. Poor people face prospects of successive crop failures, lower agricultural productivity, and growing bouts of hunger and disease. As climate change affects the prospect for development, the heaviest impact will be felt by poor people, and by poor countries.

Delays in reducing CO2e emissions will make it much harder to confront these challenges, because the inertia of the climate system implies that the impact of overshooting greenhouse gas emissions will be felt for centuries. It is, then, practically impossible to compensate slow progress in mitigation today through faster advances in the future; by the same token, the costs of mitigation will tend to increase exponentially, because impacts worsen and cheaper options disappear as economies lock themselves into high-carbon infrastrutures, systems of production and patterns of consumption. Despite the unprecedented gravity of the challenge of climate change, political systems have virtually ignored it, the oil industry (probably the most powerful lobby in the world) has predictably resisted, and most countries have taken only token measures to reduce emissions and mitigate the consequences of global warming.

In this context, scientists have calculated a global ‘carbon budget’, based the emissions that can occur for a given temperature limit. In brief:

These numbers allow the calculation of how much additional carbon emissions would be compatible with the Paris goals. The results are stark; they imply that the world must curtail the consumption of fossil fuels immediately, since the potential emissions from the oil and gas fields and coal mines already in use would, themselves, warm the planet beyond 2 degrees. Extraction from the existing oil and gas fields, alone, would already take the world beyond 1.5 degrees celsius. The implication is clear: there is no room for new production. It follows that, in order to sustain the conditions for recognisable forms of life on Earth, countries cannot consume all the fossil fuels that are technically recoverable, and that a large share of the known reserves of oil, gas and coal (in what follows, abbreviated to ‘oil’) can never be extracted.

The other side of the coin is that oil-producing countries must diversify their economies away from fossil fuels in order to avoid worldwide climate catastrophe, whether or not this is economically advantageous for themselves in the short term (although diversification generally is advantageous, as is demonstrated in a vast heterodox literature). This points to a paradigm shift away from the (methodologically nationalistic) ways economic policy has been imagined, implemented and monitored in the past, in which countries had – at least in theory – the scope to choose policies that were best for themselves. This luxury is no longer available.

Stranding valuable assets by keeping them in the ground will create accounting losses of hundreds of billions of dollars to poor countries and the corporations holding the rights to extract those resources; it will also imply the scrappage of tens of billions of dollars of productive capital currently used in the extraction and processing industries, the elimination of millions of jobs, and the closure – not merely mothballing – of mines, oil platforms, refineries, ports, roads, and so on, that must never be used again. To these staggering losses must be added the costs of changing the energy base of the world economy away from fossil fuels while, simultaneously, retrofitting our entire way of life to make it compatible with negative emissions, plus bearing the costs of mitigating climate change, since it can no longer be avoided entirely.

The first-order impact of these costs and losses will be distributed unevenly, with consequences that are as unpredictable as those of global warming itself. Poor economies reliant on oil exports for their macroeconomic, external, fiscal, distributional and other balances, and for employment generation, income growth, productivity increases and social welfare cannot be realistically expected to absorb the costs and losses that will fall upon them, especially given the urgency of the task and the large externalities involved.

At a further remove, those burdens will have an uneven impact on global economic growth. The abandonment of established technologies, jobs and ways of living will slow down growth, while large-scale ‘green’ investments in energy and infrastructure can promote sustainable growth. In the meantime, most of the world’s population continues to suffer from poverty, multiple deprivations, preventable diseases and other ills. Improvements in living standards and the redistribution of income, wealth and power are morally and politically imperative, but they have been blocked by social, economic and political constraints. Rapid economic growth can support welfare improvements directly by expanding the size of the ‘cake’ and, indirectly, by allowing everyone to see improvements in their own standard of living even if they lose out in relative terms because of shifts in distribution. Redistribution is much harder in stagnant economies, where some groups must suffer losses in their living standards so that others may gain.

It may seem tempting to confront the tasks outlined above in sequence (presumably, first diversify, then grow, then redistribute), but this is unlikely to work in practice. On the one hand, the productive and distributional framework imposed by global neoliberalism tends to lock in oil dependence, because the economically dominant interests are bound to a logic of short-term financialised profit extraction that is incompatible with high-cost, long-term and (necessarily) co-ordinated shifts in the composition of economic activity, the emergence of new drivers of accumulation and new sources of profit, and the redistribution of income: as they seek to defend established interests by delaying, bypassing and avoiding the changes in economic fundamentals that are essential in order to address the climate crisis, neoliberalism and financialisation will drive the world economy into the abyss of environmental collapse and mass extinction.

On the other hand, attempts to rebalance the global economy and redistribute income, wealth and power within countries and between them while ignoring the environmental challenge will also drive the world over the edge. It is impossible to produce more and consume more everywhere, and equalise living standards upwards (‘global convergence’) on the basis of existing technologies and those that can realistically be developed in the short time available before climate change runs out of control: humans will not be in the world long enough to enjoy this type of prosperous future.

The challenges of leaving oil in the ground, diversifying oil-dependent economies, securing a modicum of macroeconomic stability and improving distribution must be addressed together. This raises the difficult issue of financing the transition to sustainable economies. In particular, since the diversification of oil-dependent economies is a global as well as domestic imperative, solutions must be found, and funded, at both levels. Attempts to justify inaction (and short-term profits) by shifting responsibility to other countries or to unrepresented future generations are unconscionable. Every country, organisation, business and household must address climate change as an unprecedented challenge to life. This is an existential task; failure means the death of billions of humans and the extinction of countless species.

These heavy tasks can find legitimacy and public support – despite the inevitable disruptions of entire ways of life – only if they are coupled with improvements in distribution and the jettisoning of the financialised and income-concentrating logic of neoliberalism. Just like the promise of a more equal future gave force and legitimacy to the war effort against fascism, in the 1940s, today’s world can find the strength to confront climate change through a commitment to transcending neoliberalism. I will explore this statement, and its implications, in the following pieces.